Here is the whole footage. File comes from dropbox.

Here is the shooter: Bryce Williams, he has shot himself and is in critical condition. 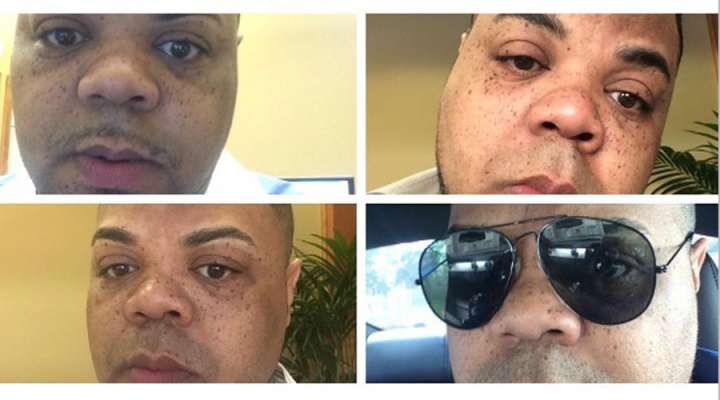 ROANOKE, Va. (WHSV) — Reports are now coming in that the suspected gunman is about 20 minutes north of Verona.

During a radio interview with WTOP, Governor Terry McAuliffe says it’s believed the gunman is a former disgruntled employee.

Two WDBJ employees died after a shooting this morning at Bridgewater Plaza.

A tweet sent out by WDBJ chief meteorologist Brent Watts says that both reporter Alison Parker, who was a graduate of James Madison University, and photographer Adam Ward were killed in the shooting.

The incident happened during a WDBJ7 live report.

While in college, Parker was an intern here at WHSV.

Law enforcement is searching for a gunman after a fatal shooting at Bridgewater Plaza. –Source

WDBJ7 says the shooting occurred during their live shot and are asking for prayers during this difficult time.

Alison Parker was interviewing Smith Mountain Lake Regional Chamber of Commerce Vicki Garnder during their morning newscast when the shooting occurred. No word on Garnder’s condition at this time.

Members with Bedford, Franklin County and Virginia State Police are on scene. Sgt. Ryan Young with the Virginia Dept. of Game and Inland Fisheries confirmed half a dozen of their department are on scene searching the shoreline and surrounding area.

Police say they continue to look for the shooter at this time and are hoping to get a description out to the public shortly. This incident remains under investigation.

At this time, Bedford County Public Schools are on perimeter lock-down until further notice, according to the superintendent. For those students on their way to school, officials say they will be secured upon arrival.