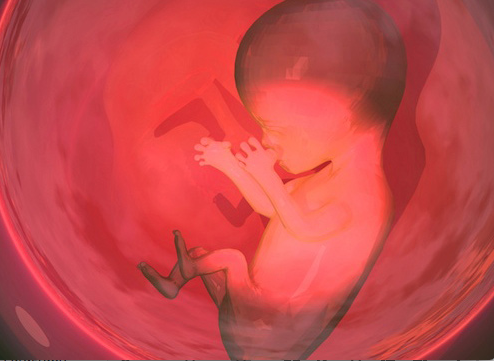 Planned Parenthood, the satanic meaning behind it all has finally been truly and fully exposed. Recently the latest video has been released regarding planned parenthood, and it is just as exposing as the others if not worse. What is worse, is the article many people missed. An ex-satanist spoke out. According to the ex-satanist; abortion is a Satanic Sacrifice, which is a well-known fact. Not only is it murder but it is also satanic practice. Such of which is committed in every Planned Parenthood, and abortion clinic across the globe.

In light of the recent videos exposing Planned Parenthood’s trafficking of the organs and tissues of preborn babies, the Lepanto Institute interviewed former satanic High Wizard, Zachary King.  Zachary  was an average boy from an American neighborhood who grew up in a Baptist home. He began practicing magick at 10, joined a satanic coven at 13, and had broken all 10 Commandments by the time he was 15 years old. From his teen years to adulthood he worked his way up to High Wizard in the coven and actively pushed satan’s agenda including ritualistic abortions. Zachary is currently writing about his experiences in a new book titled, “Abortion is a Satanic Sacrifice.” -Lepanto Institute

Full transcript embedded at the bottom.

The latest release from CMP (Center For Medical Progress) sheds light on the evil background characters such as the employees of Stem Express. In the video above the CEO, Cate Dyer, is unknowingly telling all about what exactly they are looking to gain from abortion clinics across the country. The main organ discussed is the liver and how they are looking to gain roughly 50 livers per week, which is astonishing.

Not only did this video expose some of the hidden hands behind Planned Parenthood, but she also stated something else that is very important. According to the CEO every abortion clinic in the US is profiting off of selling the baby parts, or as she stated directly;

“Do you feel like there are clinics out there that have been burned, that feel like they’re doing all this work for research and it hasn’t been profitable for them?” she asks. “I haven’t seen that.” StemExpress publishes a flyer for Planned Parenthood clinics that promises “Financial Profits” and “fiscal rewards” for clinics that supply aborted fetal tissue. It is endorsed by Planned Parenthood Mar Monte Chief Medical Officer Dr. Dorothy Furgerson. Life News

What now can come to light is the fact that some of these aborted babies are actually not aborted, they are alive and transported as such. Also, in some cases these babies are being revived for ritualistic practices. Why one might ask, is because of satanic practice. Some satanic rituals involve the murdering of innocence. Such of which has been done at Planned Parenthood and such of which can now also be proven.

Planned Parenthood is nothing more than a demonic and satanic pool of death and sin.

What should also be stated is the ex-satanist has now become a roman catholic, which by no means has this man truly come out the occult. What this man has done, whether he knows it or not, has gone from one cult to another. The occult this man joined is the Roman Catholic church, and this cult is one of the worst ones on the planet because so many are indoctrinated to false biblical teachings and false biblical practices which can and will lead men and women to the depths of hell.

After all of that information there is even more about StemExpress. Not only are they opening sales to the public but they are also taking human baby parts and creating humanized rats with them! By doing this they can further experiment, just like in Nazi Germany.

“The human body is a complex biological system. In order to fully understand this complex system, in vivo (live) analysis is often required. However, the study of human biology in vivo is severely limited due to ethical and technical constraints.” –StemExpress

According to their website, the company seeks live specimens to further “test” on, well according to Natural News and CMP (Center For Medical Progress) StemExpress has received live specimens that they purchased from Planned Parenthood. Such damning evidence has been blocked by a judge below is the latest on that from StemExpress.

“On August 10, 2015, a Los Angeles County Superior Court judge denied the Center for Medical Progress’s (CMP) motion to dissolve a temporary restraining order awarded to StemExpress on July 28. CMP has also refused to produce witnesses for depositions or respond to document requests previously ordered by the Court. StemExpress will continue to seek this discovery and pursue all legal remedies against CMP and its officers.” –StemExpress

According to David Daleiden of the Center for Medical Progress, CNN reported Friday that employees from the company StemExpress were allegedly captured on video May 22 by undercover operatives arranging the transactions.

“In a meeting with their top leadership, they admitted that they sometimes get fully intact fetuses shipped to their laboratory from the abortion clinics they work with, and that could be prima facie evidence of born alive infants,” Daleiden told the cable news channel. “And so that’s why they’re trying to suppress that videotape and they’re very scared of it.”-NaturalNews

While the attempt to block the evidence was successful the cover up was not. The second they blocked this video they gave it credibility and they also validated CMP’s statements because it is now clear that they are officially hiding something major. Such of which many believe to be the delivery of live babies, however with the motion to dissolve denied such full proof evidence has been blocked, for now.

The companies behind Planned Parenthood should also be investigated by authorities for their crimes because the purchase are just as illegal as the sale.