The network that dominates the online social sphere, Facebook, has once again shown their support of demoralization. While Facebook has no issue openly censoring Christian content, even banning posts of scripture, the tech giant is questioning whether they should censor pedophiles or not.

On Sunday, the social network ran a survey for some users asking how they thought the company should handle grooming behaviour. “There are a wide range of topics and behaviours that appear on Facebook,” one question began. “In thinking about an ideal world where you could set Facebook’s policies, how would you handle the following: a private message in which an adult man asks a 14-year-old girl for sexual pictures.”

A second question asked who should decide the rules around whether or not the adult man should be allowed to ask for such pictures on Facebook. Options available included “Facebook users decide the rules by voting and tell Facebook” and “Facebook decides the rules on its own”. 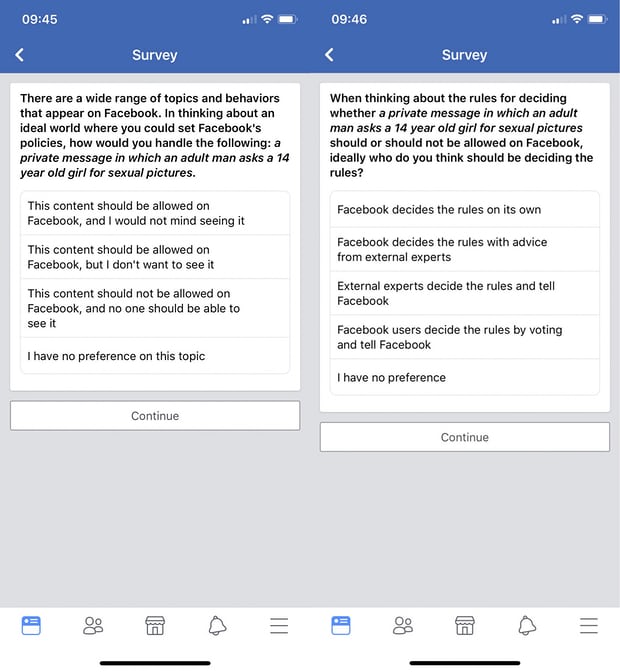 “It is against the law for anyone to distribute images of child exploitation. When the BBC sent us such images we followed our industry’s standard practice and reported them to CEOP [Child Exploitation & Online Protection Centre],” Facebook told Gizmodo in a statement. “We also reported the child exploitation images that had been shared on our own platform. This matter is now in the hands of the authorities.”

Using Facebook’s own moderation tools, the BBC’s recent investigation attempted to report 100 images that appeared to violate Facebook’s terms of service for sexualized images of children. The BBC found that just 18 of the 100 were eventually taken down on Facebook.

This is the type of liberal lunacy that we as a society face. While Facebook bans a Bible verse, they support and protect child predators. Why? In the name of equality, sexual immorality is promoted even down to the most corrupt form, sexual actions taken against innocent children who aren’t yet able to protect themselves.