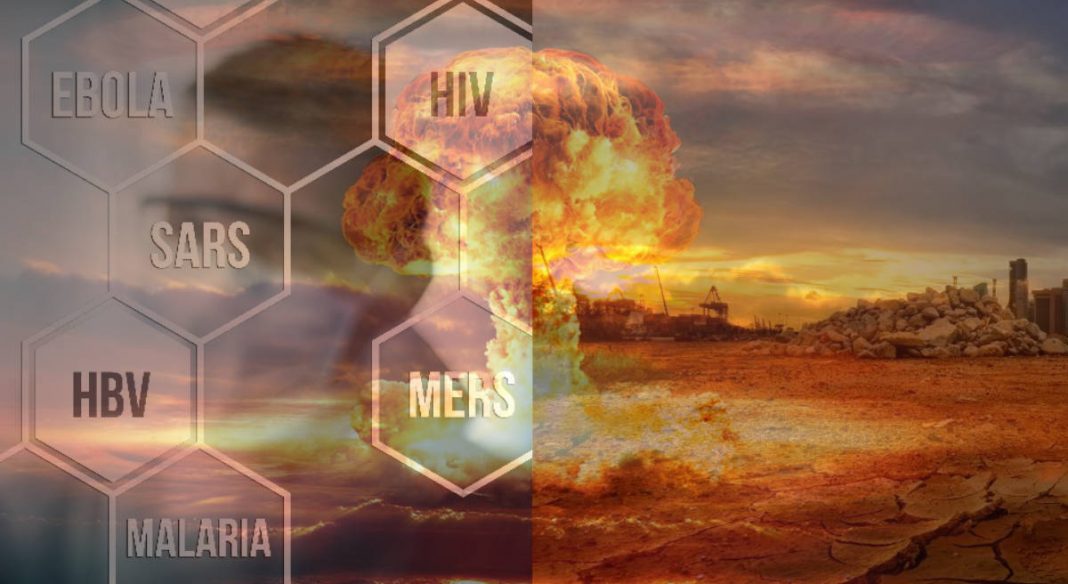 Oxford University released a recent report aimed at World Leaders which expressed the possibility for an array of scenarios ranging from pandemics and climate change to nuclear war.

The report was released by the Faculty of Philosophy at Oxford University, under the Future of Humanity Institute (FHI).

The FHI specifically studies existential risk, which is defined “as a risk “where an adverse outcome would either annihilate Earth-originating intelligent life or permanently and drastically curtail its potential.”

To generate the report, the faculty interviewed experts in these fields and others; and based on the interviews the FHI laid out three steps World Leaders can take to reduce the existential risk.

First, the report highlights the importance of regional and global cooperation in planning for pandemics, and putting more effort into planning for extreme diseases.

‘As the Ebola and Zika crises showed, managing pandemics is a global responsibility,’ says lead author Sebastian Farquhar. ‘But too much planning is still national, and little attention is paid to worst-case scenarios including risks from deliberately engineered pathogens.’
Piers Millett, a biosecurity expert at the Future of Humanity Institute, adds: ‘A recent survey of the views of national technical experts on biological weapons highlighted a dire need for broader and more sustained international focus on identifying and managing the research most readily applied to causing deliberate harm.’

Secondly, the authors recommend increased attention to the governance of geoengineering research. Geoengineering, including the release of sulphates in the stratosphere to reduce the planet’s temperature, is a potentially important tool for managing the impact of climate change. But it requires a fit-for-purpose governance framework to manage risks, which is currently missing.

Finally, the authors call on the international community to explicitly recognize the value of preserving humanity’s future and reducing existential risks. A declaration of the responsibilities of current generations to manage risk for the future would help, as would concrete steps to build operational international teams to work on managing catastrophe risk or enshrining specific commitments into international law. – Read More

The full report can be seen below.

The Moment Millions Spontaneously Awoke To The Truth

Christian Persecution Accelerates in 2017 – The 50 Countries Where You...

SOROS is Going Down; Billionaire Militant Leftists Are Still Building the...