The Christian Journal
Home The Government 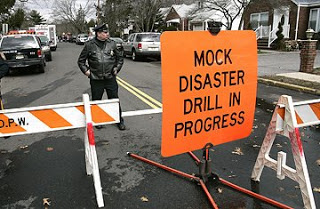 Military exercises are common within the United States and abroad, and most of the time the drills pass by, and nothing happens. However, modern history has proven that sometimes these drills are not just drills but actual events, called false flags. False flags are not a conspiracy theory, regardless of what mainstream media wants to tell you.

So what is a false flag?

The contemporary term false flag describes covert operations that are designed to deceive in such a way that activities appear as though they are being carried out by entities, groups, or nations other than those who actually planned and executed them.

Historically, the term “false flag” has its origins in naval warfare where the use of a flag other than the belligerent’s true battle flag before (but not while) engaging the enemy has long been accepted as a permissible ruse de guerre; by contrast, flying a false flag while engaging the enemy constitutes perfidy.

Operations carried out during peace-time by civilian organizations, as well as covert government agencies, can (by extension) also be called false flag operations if they seek to hide the real organization behind an operation.

Why would the US government want to commit such a thing? It’s all about “the agenda.”
But, isn’t propaganda illegal in the United States? No, propaganda was made legal under the NDAA – National Defense Authorization Act.

Sec. 501. (a) The Secretary and the Broadcasting Board of Governors are authorized to use funds appropriated or otherwise made available for public diplomacy information programs to provide for the preparation, dissemination, and use of information intended for foreign audiences abroad about the United States, its people, and its policies, through press, publications, radio, motion pictures, the Internet, and other information media, including social media, and through information centers, instructors, and other direct or indirect means of communication.

(b)(1) Except as provided in paragraph (2), the Secretary and the Broadcasting Board of Governors may, upon request and reimbursement of the reasonable costs incurred in fulfilling such a request, make available, in the United States, motion pictures, films, video, audio, and other materials prepared for dissemination abroad or disseminated abroad.

According to Michael Hastings: “The new law would give sweeping powers to the State Department and Pentagon to push television, radio, newspaper, and social media onto the U.S. public. “It removes the protection for Americans,” says a Pentagon official who is concerned about the law. “It removes oversight from the people who want to put out this information. There are no checks and balances. No one knows if the information is accurate, partially accurate, or entirely false.”

Representatives Mac Thornberry (R-TX) and Adam Smith (D-WA) in the Smith-Mundt Modernization Act (2012) (H.R. 5736), advocate that it is time to liberate the authority of the US government to broadcast American produced foreign propaganda in the U.S.

The amendment, which was hidden within the NDAA, has remained relatively unnoticed. However, it empowers the State Department and Pentagon to utilize all forms of media against the American public for the sake of coercing US citizens to believe whatever version of the truth the US government wants them to believe.

Operation Gotham Shield – why the fuss?

A nuke drill over Manhattan, a terror drill at the Capitol, and much more will be going on for several days during the event called ‘Gotham Shield.’ Below is the pdf of the actual drill and its connections to Northern Lights 2016, a former military drill.

Oddly enough several crises are apparently coming to a head all around the same time of the infamous drill. To name a couple, North Korea, a potential government shutdown, and the Syrian attack no one is talking about.

While there is concern that a false flag could erupt from the large-scale drill in several city capitols, please keep in mind this is just a military training.

The aim of the exercise, dubbed Gotham Shield, is “to expand the ability at local and national levels to coordinate an effect a large-scale response and recovery to an event like this,” FEMA spokeswoman Lauren Lefebvre said this morning.

Lefebvre said that, in general, Gotham Shield will not involve the actual deployment of emergency response equipment and personnel.

It is to be a “notional” exercise in which emergency responders respond theoretically to an unfolding nuclear event scenario in which all levels of government are in communication and playing a role.

The drill is not a response to the recent tensions between the United States and North Korea, or any international incident, since it has been in the planning stages for a year, Lefebvre said.

Gotham Shield is to begin tomorrow and run through the week. It is believed that “ground zero” for the theoretical nuclear explosion is West New York.

Why the concern? Because of 9/11. On the day of 9/11, there were also large-scale drills throughout New York, and it just so happened that, that day the Twin Towers came down.

However, the drill in New York and New Jersey is not a singular event; rather there are several other exercises and various events taking place that week throughout the country. On April 26th, 2017 a terror drill will be conducted at the Capitol, the entire US Senate will be briefed by Donald Trump and his four top defense and military officials on the situation in North Korea at the White House. Also on Wednesday, the USS Carl Vinson is finally going to arrive off the coast of the Korean Peninsula.

Now, also on April 26th, 2017; The USA will be testing an ICBM, intercontinental ballistic missile.

The purpose of the ICBM test launch program is to validate and verify the effectiveness, readiness, and accuracy of the weapon system, according to Air Force Global Strike Command.

“Team V is once again ready to work with Air Force Global Strike Command to successfully launch another Minuteman III missile,” said Moss. “These Minuteman launches are essential to verify the status of our national nuclear force and to demonstrate our national nuclear capabilities. We are proud of our long history in partnering with the men and women of the 576th Flight Test Squadron to execute these missions for the nation.”

The 576th Flight Test Squadron will be responsible for installed tracking, telemetry, and command destruct systems on the missile.

In addition to the amount of events mentioned on Wednesday so far, the US House of Representatives has a Midnight Meeting, about disaster loans on Wednesday. 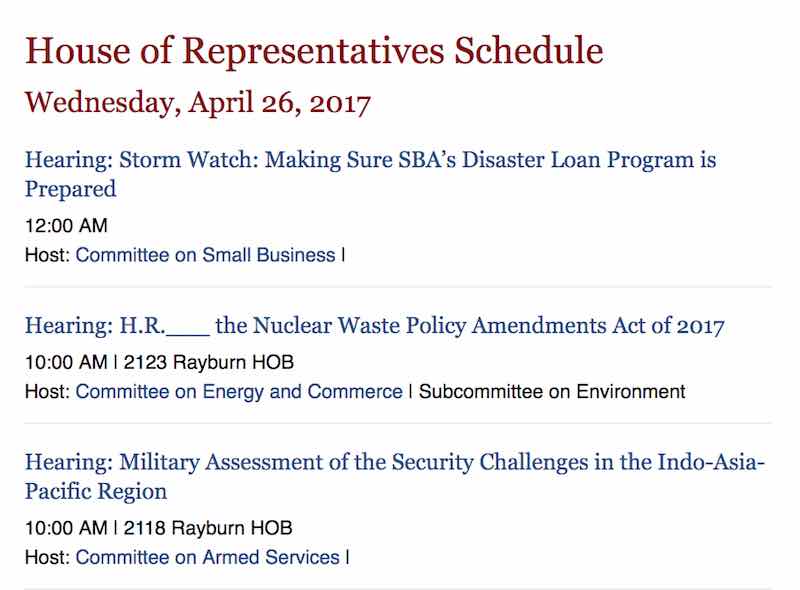 So much, in one week. There are several different potential outcomes and several different possibilities that could unfold from the events and drills of this week, but most of the time exercises are nothing more than drills. Either way, False flag watch is active and it’s time to pay attention. What say you reader?

Susanne Possel. “How the NDAA Allows US Gov to Use Propaganda Against Americans.” Occupy Corporatism. . (NA): . .