The Christian Journal
Home The Deep State Gun Control Agenda Back At It Again; Federal Court – Assault Rifles Are ‘Weapons of... 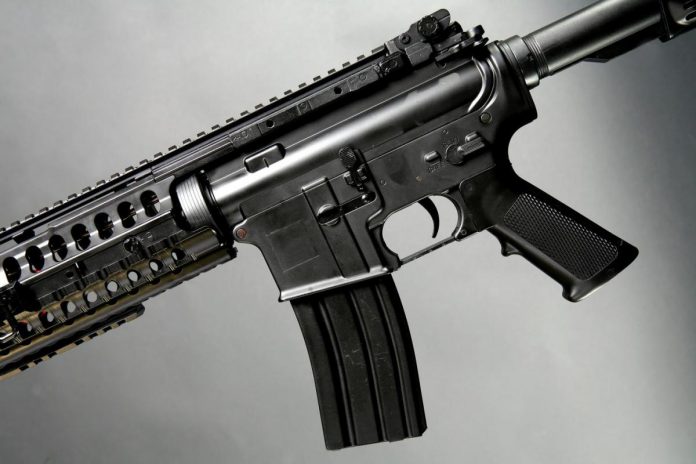 A federal court in Maryland ruled Tuesday that assault rifles and other so-called “weapons of war” are not protected under the Second Amendment.

The U.S. Court of Appeals upheld a previous decision that created the original assault rifles ban in Maryland.

“We are convinced that the banned assault weapons and large-capacity magazines are among those arms that are ‘like’ M-16 rifles — ‘weapons that are most useful in military service’ — which the Heller Court singled out as being beyond the Second Amendment’s reach,” Judge Robert King wrote for the 10-4 decision.

“Put simply, we have no power to extend Second Amendment protection to the weapons of war that the Heller decision explicitly excluded from such coverage.”

Citing the Heller case, King wrote that assault rifles are “devastating weapons of war whose only legitimate purpose is to lay waste to a battlefield full of combatants.”

“The majority concludes that the semiautomatic rifles banned by Maryland law are most useful in military service, even though they are not in regular use by any military force, including the United States Army,” the decision said.

It noted that such weapons have also been used for recent mass shootings in Aurora, Colo., San Bernardino, Calif., and Orlando, Fla. — making those cities “synonymous with the slaughters that occurred there.” – More

However, the fourth court of appeals forgot to mention that thousands of Americans across the country use those rifles for hunting specifically, not war.

The Federal Court also failed to realize that the second amendment does not mention a particular class of ‘arm’ that an American is allowed to bear. Instead, it reads, “A well regulated Militia, being necessary to the security of a free State, the right of the people to keep and bear Arms, shall not be infringed.”

The Federal Government is still gunning for our guns, but the constitution is clear; what part don’t they understand?