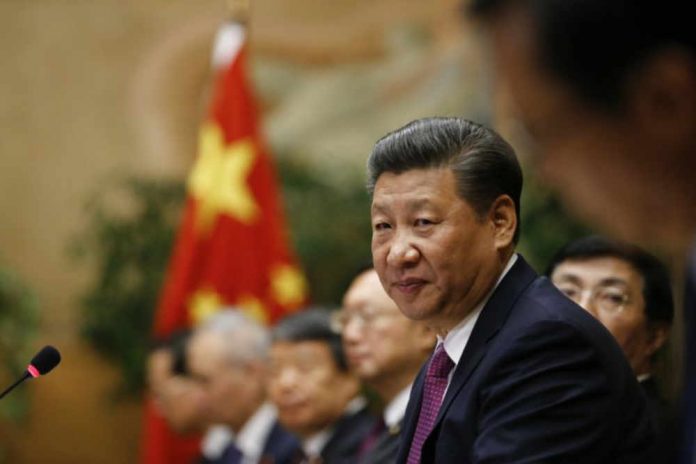 China, to the world, is a great nation of peace and democracy but on the home front the communist country is quietly silencing, raiding and imprisoning Christians. All while, silencing free speech online.

The communist country is setting in place new rules that would allow for more control over what is said online, especially what is said in regards to news media. Sound familiar? Google apocalypse.

Christian persecution is on the rise globally; each year roughly 215 million Christians suffer at the hands of tyrants, in addition to the 90,000 that are martyred each year. For the first time the USA was placed on a watch list for committing persecution against Christianity. Meanwhile, China was rated high on the category for persecution. The communist nation last year announced a religious winter, in a bid to destroy Christianity because it was beginning to take off in the country.

In China, free speech is also censored. The communist nation just recently announced new rules for media publications and online news. To be a reporter or a media outlet in China one must now obtain a government license. Also, investors must be local and public, news outlets in China must undergo a security check before working with foreign companies, according to a statement from the Cyberspace Administration of China, the agency charged with enforcing the rules, which take effect June 1. The move follows a crackdown on dissent under Communist Party leader Xi Jinping that has led to tighter controls on what can be published online.

With the latest rules, the government will require Internet companies to censor what their customers see or risk losing their right to distribute news, Chinese media expert Qiao Mu said. “This is aimed at the companies rather than the individual users,” he said. “It’s not only to ideologically control information, but also to control the source of the information.”

Such is similarly going on in the United States. However, censorship is not coming from the government at this time, it is coming from the hands of corporations who are actively blacklisting independent media outlets across the country, and yes you guessed it we are one of those that is being censored.

Amid the turmoil that Christians face globally, China is among one of the top nations to commit persecution and censorship.

Back in October of 2016, China announced the religious winter against Christians, a part of which was that they were going to crack down on house churches because they aren’t government approved.

As of May 2017, those house raids have continued, and the latest saw over 40 people detained.

Pastors in attendance said that there were more than 40 pastors from house churches across China at the “Unity in Christianity” event hosted by Pastor Guo Pingxi from Kunming, Yunnan. During the proceedings, approximately 100 public security officers and special police, accompanied by several patrol cars, broke into the building.

Three pastors were taken away immediately, while the rest were locked in a room and questioned both in groups and individually. The raid and process of interrogations lasted several hours, and the pastors were accused of participating in illegal gatherings without government permission.

According to one attendee, police accused Guo of belonging to a foreign anti-China group, an accusation that the attendee called “ridiculous.”

“We refuted that because Pastor Guo is Chinese, himself,” the pastor said, “how could he be part of a foreign anti-China group? The government is afraid of Pastor Guo’s advocacy for the unity of Chinese house churches.” —China Aid

Similarly one month prior;

More than 10 government personnel interrupted a group of Christians praying at Olive Church on March 19 and accused the congregation of lacking legal registration and conducting religious activities. About 20 of the church members were detained and released later that day.

Previously, authorities confiscated various articles of Olive Church property and seized 30 of its members, including leaders Jiang Jianping and Tan Xiuhong, during a raid on July 10, 2016. Of those later released, four were administratively detained.

Xi Jinping, the President of China, recently stated that China should take the lead in shaping the ‘New World Order,’ rather than their original position of just playing an important role. The communist nation that rids citizens of free speech, disbands house churches, silences those who disagree with the nations leaders, and who is against the prospect of freedom, is seeking to replace the United States as the leading world superpower and is trying to create a new world order.

The ideology is not new; it has been around for centuries but somewhere along the line – Christians forgot a leg of the true fight ongoing throughout the world, the silencing of Christianity.

At the beginning of the New World Order, it is entirely plausible to believe that the Holy Bible will not be considered state-sponsored unless the text is modified to meet the state’s requirements. Previous attempts can be seen in history when King James ‘authorized’ a single version of the Bible because it was a political and social necessity. King James issued over a dozen rules that the translators had to follow. King James disliked the Geneva Bible, the Bible used by the Puritans, because he believed that some of the commentaries in the margin notes did not show enough respect for kings. James’ new translation was to have no commentary in the margins.” – Read more

China is attacking free speech, and Christians simultaneously. The communist nation is the largest nation by population size in the world, and the leader of China, Xi Jinping, has made it his mission to silence Christians, such is manifesting around the country with the disbanding, raids, and arrests of Christians near and far. This in part, is exactly what the Bible says will happen in the last days. It is beyond evident that other countries are also heading towards silencing the Christian voice, but they must not have read the back of the Book.

Good article, but wrong in the information about the KJV. It is the pur word of God in the English language. But right on that… Read more »

University of Minnesota To Punish Students And Teachers For Incorrect Usage...

‘Evilution:’ The Secret Luciferian, Spiritual Origin To One of The Biggest...

Public School Asks 7th Grade Students to write “There is no...