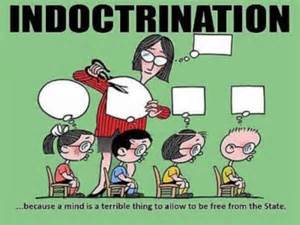 The children of the world are under direct assault every single day of their lives, from the genetically modified foods to the peer pressure, and from the education system itself. Over the course of many years, a plan has been underway throughout the governments of the world. A plan that is so covert, so subversive that only in its final stages shall the people of the world realize it, and wake up. Common core education is just one of many systems at fault, another one of those systems is called safe schools, an Australian organization. Both of these systems are indoctrinating the youth to follow a single agenda which supports the LGBT movement, distributes and demonstrates pornography to children; that is just the beginning. Children are the future, and the future generations are all taught the same old lie that anything goes, and it’s all okay. This lie is spewed by those who are seeking the destruction of genders, seeking the destruction of marriage, seeking the destruction of families, and trying to control the population growth through depopulation. Which is why, men are acting more like women, and more children are acting out because there “are no consequences.” The people of this world are consuming themselves.

These education systems are operated by corporations which use the government as their proxy. The bottom line is that our kids are under direct assault and are helpless to the indoctrination at hand. However, because of subversive tactics parents all around the world who lack a moral compass are allowing this to be taught to their kids because they too have been indoctrinated through the schooling system.