Augmented reality is consuming the world, here is the ad that makes the vital fallen angel connection to the new technology. 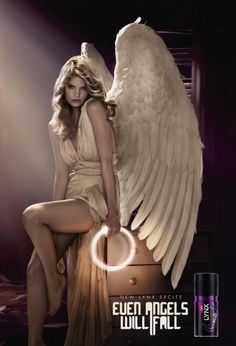 With Pokemon Go, augmented reality has become the newest fascination for tech-lovers, but before it hit the IPhone, augmented reality was tested in various ways. The most telling augmented reality test sprung from an Axe/Lynx advertisement campaign for a new body wash called Excite. Yes, at first it may sound trivial, but once you see the ad and social experiment you may not think so anymore, check that out above.

In 2011, Axe conducted a social experiment on passersby in the London rail station. In hopes of selling more product, they stooped to a whole new low. As men were asked to step into a circle and look up at a screen, they witnessed a virtual angel fall from the sky landing right next to them. As she hits the ground, the fallen angel casts off her halo in order to be with the man.

Axe is well known for its provocative ad campaigns, but the symbolism in this one is jaw dropping. Not only are they using augmented reality to portray the demonic realm and tempt men, but they are also basing it off the times of old. The Bible refers to how fallen angels mingled their seed with women to create the Nephilim in Genesis 6:4. Those who created this “Excite” campaign took that very narrative and twisted it. Instead of fallen angels falling for women, in this ad, they are falling for men.

The advancement of augmented reality will bring about similar scenarios. One of the first successful augmented reality games called Ingress had users find and ‘hack’ portals. The spiritual world is not seen with our bare eyes, but it does exist. With technology like augmented reality and virtual reality, the demonic realm can manifest, leading users down a slippery slope away from God and closer to sin. 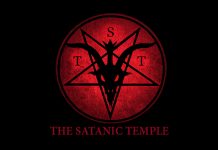