Imagine you work for a human microchip company. The president has given you the opportunity to make a televised speech to the nation. What would you say to persuade people to get a microchip? The question you just read is not from WikiLeaks, and not from a biotechnology corporation, but rather it was the subject of a lesson being taught by a Public Florida High School to tenth graders.

The following message was sent to Freedom Fighter Times. 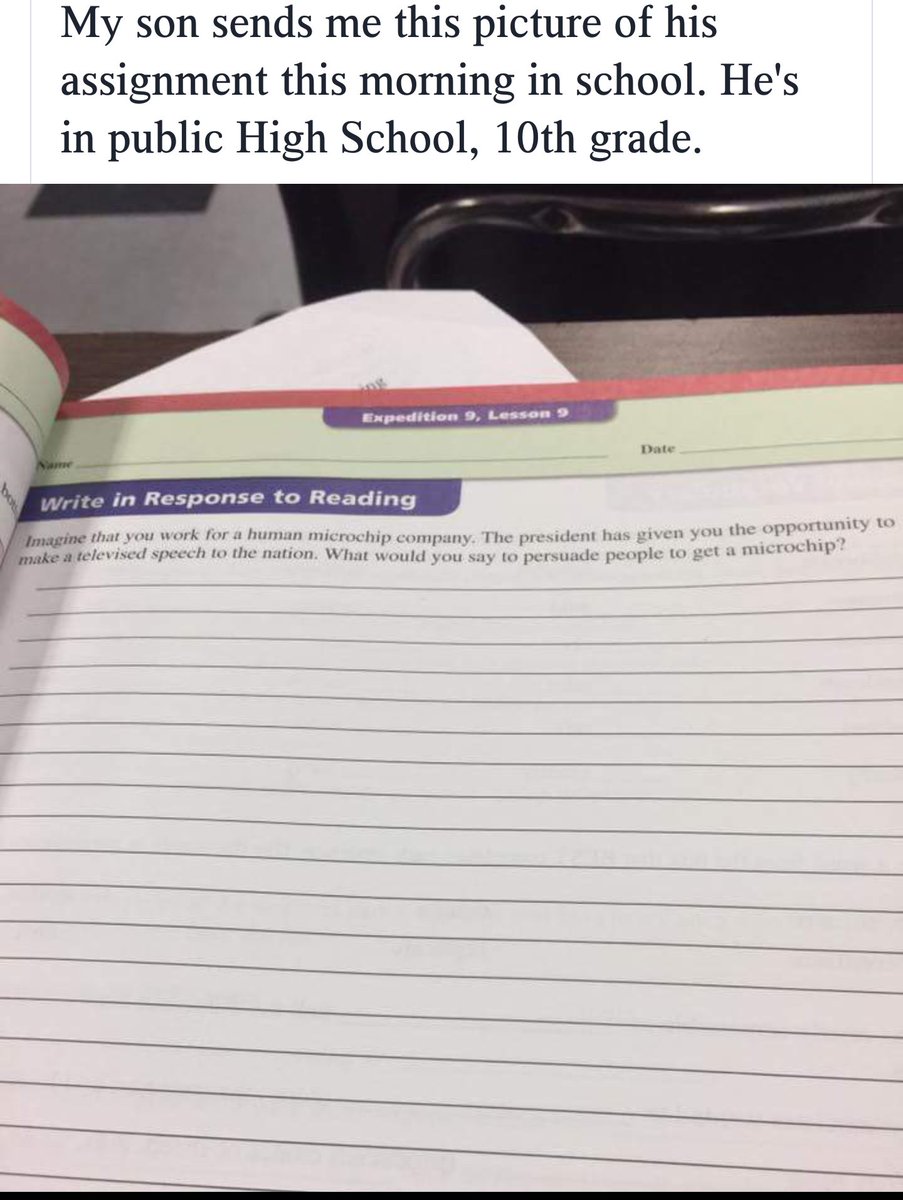 this was shared by a friend on FB. Read the ?? pic.twitter.com/UUrSMGgqAi

After researching for the lesson online, the following similar lesson came up. It is by an author called Semantics Logic which uses the website Prezi to share presentations online for educational purposes.

The transcript for the lesson is as follows:

Bellwork
Should humans have microchips? What would be the benefit of a microchip?
Objective
After viewing two videos students will be able to identify the positive and negative effects of cloning.

After viewing one video about microchipping, students will be able to describe the controversy of microchipping humans.
Focused Notes
While viewing the videos today, you will be taking focused notes. Our focused questions are:
Microchipping
Cloning
Focused Notes
Create Questions

Write a Summary
Why is microchipping controversial?

What are the positive and negative effects of cloning?

The lesson is a clear statement that a version of the Mark of the Beast is coming to the United States in the form of microchips. The question still, of course, is how in the world is the President of the United States going to persuade the masses to accept said chip. In this lesson, it would appear as though the Powers that be are fishing for answers from tenth graders.

17 And that no man might buy or sell, save he that had the mark or the name of the beast or the number of his name.

The entirety of the in-doctrinal style education system has got to change; the future generations are in for a rude awakening when microaggressions are not taken seriously by the real world.

The audacity to microchip a human in similarity with an animal showcases the true meaning of evolutionists and scientists alike. Both fields do not teach the value of human life, rather what is taught is the ideology that humans are just another animal.

Updates will come with more information regarding which school, textbook and more.