As it was in the days of Noah, so it is right now. The offspring of the Fallen Angels and Giants are returning, and they are known as the Chimera.

Mixing man and metal is one monster but mixing man and animal is a whole new level of monster. Creatures have existed alongside humans for many years in the shadows, but as of late it would appear as though these ugly beings of the abyss are gearing up to enter the world stage once again.

Recently scientists gathered to discuss the possibility of creating what is called a Chimera, which is by definition “an organism containing a mixture of genetically different tissues, formed by processes such as fusion of early embryos, grafting, or mutation.”

All in the name of medicine, the individuals involved with this wicked scheme claim that there is nothing to fear and that it will help millions of people, but here is what they are not telling you.

A chimera was known for thousands of years as a fire-breathing she-goat creature from the abyss.

The word chimera comes from the Greek Χίμαιρα, which translates as “she-goat or monster.”[1] Through the Latin Chimaera comes the English version, which has a second definition, according to the Oxford English Dictionary, as being “An unreal creature of the imagination, a mere fancy; an un-found conception.” Along with these two meanings are a host of variants on the root word: Chimeric is something that is “fanciful or imaginary”; Chimerical is something “of the nature of the chimera; vainly or fantastically conceived”; and Chimerize is the act of indulging “in chimeras, indulge and foster wild and unfounded fancies.” -New World Encyclopedia

The very claim that chimeras will help mankind is rooted in dark mythology, which concludes that these creatures will not save humanity. Nothing is new under the sun, and what is happening right now has happened before; this is why they chose to call it a chimera.

Tracing the origins of the Chimera all the way back to Babylon, a strange truth emerges. What took place back then is attempting to come about again. The Bible tells us that “they” will walk the Earth again; they being the creatures of the abyss mentioned in Genesis 6. The Bible states that as it was in the days of Noah so shall it be in the days of the coming of the Son of man.

The plan mentioned above is the agenda of acceptance; humanity is currently living in a time where “everything goes,” and is accepted. It is also the age of “trans,” transhuman and transgender, but what comes next is trans-species. According to the video below, they are already working on the hearts and minds of many trying to influence individuals that it is okay and that humanity should accept these lost souls for who they are. However what they are not stating in their documentaries, news stories and so on is the agenda at hand. That agenda would be the very fact that the creatures of the abyss are gearing up to make an appearance walking alongside man.

The age of anything goes, and the agenda of the offspring of the giants. While mankind sleeps they strike; the unaware are the targets, and the blood of innocence is the goal, humanity must remember that there is a war for your soul.

The Chimera (/kᵻˈmɪərə/ or /kaɪˈmɪərə/, also Chimaera (Chimæra); Greek: Χίμαιρα, Chímaira) was, according to Greek mythology, a monstrous fire-breathing hybrid creature of Lycia in Asia Minor, composed of the parts of more than one animal.

It is usually depicted as a lion, with the head of a goat arising from its back, and a tail that might end with a snake’s head,[1] and was one of the offspring of Typhon and Echidna and a sibling of such monsters as Cerberus and the Lernaean Hydra.

The term chimera has come to describe any mythical or fictional animal with parts taken from various animals, or to describe anything composed of very disparate parts, or perceived as wildly imaginative, implausible, or dazzling. 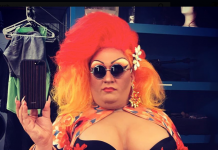 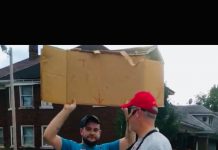 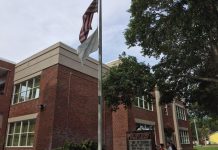